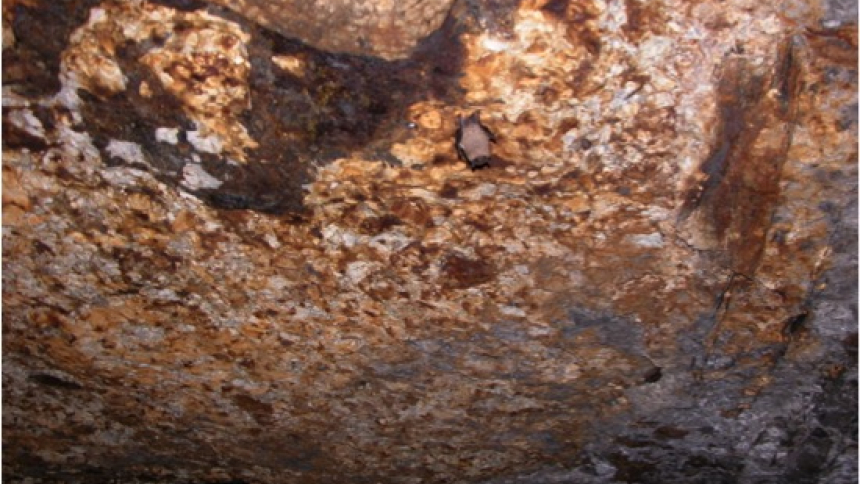 A novel white-nose syndrome virus discovered in the United States

White-nose syndrome (WNS) is a highly lethal disease in bats caused by a psychrophilic filamentous fungal virus (Pseudogymnoascus destructans [pd]) and currently occurs in at least 29 states in the US. While WNS has caused about 5 million deaths in North American bats, populations in Europe and Asia have not experienced these mass mortalities despite co-occurring with the fungus. CIDD’s Vaskar Thapa, along with Gregory G. Turner, Susan Hafenstein, Barrie E. Overton, Karen J. Vanderwolf, and Marilyn J. Roossinck, investigated Pd mycovirus genotypes in North American and European bats to trace the spread of WNS.

Researchers found unique double-stranded RNA (dsRNA) in all North American WNS isolates using electrophoretic analysis. DsRNA indicates a viral genome. This genome was unknown to the scientists, and after further genetic analyses, Thapa et al. named the new virus Pseudogymnoascus destructans partitivirus-pa (“pa” referring to Pennsylvania). Bayesian phylogenetic trees clustered PdPV-pa in the Partitiviridae family and Gammapartitivirus genus and all analysis confirmed PdPV-pa to be a novel partitivirus. After this significant discovery and determination of the North American virus, Thapa et al. attempted to cure the fungus of its infection. PdPV-pa proved difficult to clear; the only successful cure was a polyethylene glycol treatment, however pigment in treated fungi turned from gray to white and the fungus became water-stressed. The RdRp and CP regions of PdPV-pa were quite variable for partitiviruses and the CP region was most closely related to similar isolates in Canada and the northeastern United States. Together, these results indicate PdPV-pa is tightly associated with Pd isolates in North America, and that PdPV-pa was recently introduced.

Thapa et al. determined that PdPV-pa infection is widespread in North America. Although not tested in the present study, the difference in WNS fungi between North America and Europe may underlie the difference in mortality. This is supported by the fact that PdPV-pa was difficult to clear from Pd, it remained stable in laboratory cultures, and Pd pigment was lost once PdPV-pa was cleared. This research provides a platform for further WNS genetic tracing in North American bats.