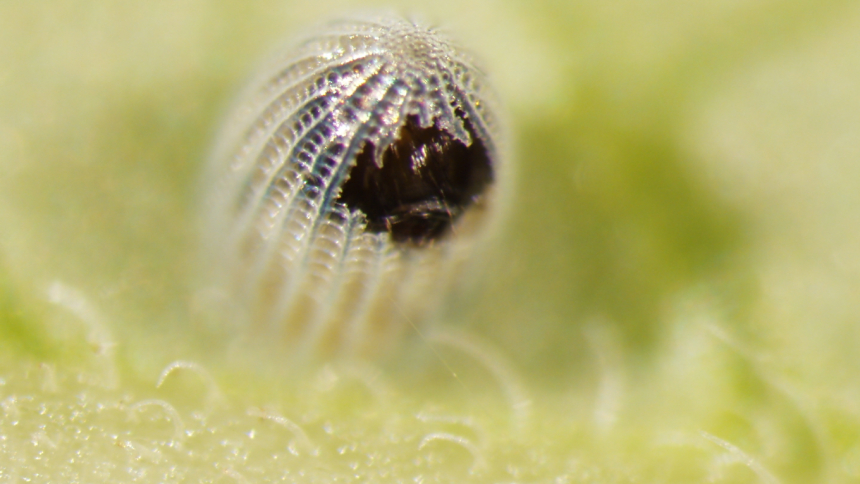 Transgenerational defenses against pathogens have been demonstrated in many host-pathogen systems, but are generally explored in the context of maternal effects, such as maternal transfer of protective antibodies in mammalian systems or transgenerational immune priming in invertebrate systems. Rarely are paternal effects considered in evaluating variability in parasite resistance, despite evidence that paternal immune priming occurs in systems such as flour beetles and pipefish. This could be particularly important in species where males transfer large spermatophores during making, like monarchs.

Sternberg and her colleagues at Emory University and the University of Michigan, Jacobus de Roode and Mark Hunter, hypothesized that transgenerational effects of an anti-parasite diet could be transferred by parents to offspring and might provide offspring with an anti-parasite advantage. Using monarch butterflies infected with a protozoan parasite, Ophryocystis elektroscirrha, the researchers fed male and female butterflies larval diets that contained either high or low levels of anti-parasitic cardenoloids. Males and females were then mated such that offspring from all possible pairings of males and females with either high or low exposure to cardenoloids could be collected. Eggs from all possible parental pairs were then exposed to parasite spores and infection intensity was monitored throughout pupal development, when parasites are known to replicate. The results demonstrated that paternal diet had a significant impact on the severity of offspring infection. In particular, fathers reared on milkweed that contained higher amounts of cardenoloids had offspring that were less likely to succumb to infection and had lower parasite burdens. This effect was independent of maternal diet treatment.

The results demonstrate that paternal diet can influence the outcome of infection in monarch offspring. Fathers feeding on anti-parasite compounds can transfer protection to the next generation regardless of the diet of their female mating partner. Sternberg et al.’s results highlight the need to consider transgenerational effects coming from both parents, rather than only those effects transferred maternally. Future research could elucidate potential mechanisms behind this protective transgenerational effect and further emphasize the influence paternal environment has on offspring fitness.

The results were published in the Journal of Animal Ecology earlier this month and can be accessed here.