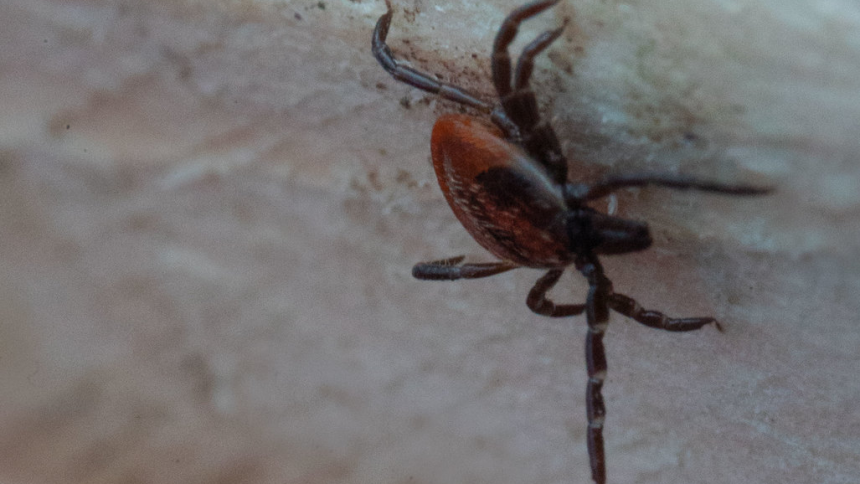 Humans infected with tick-borne diseases have been increasing in the United States in recent years. Two such infectious diseases include Babesia microti and Borrelia burgdorferi. Babesia microti is transmitted by the tick Ixodes scapularis and causes fevers, chills, and fatigue, but both clinical symptomology and laboratory assessments are nonspecific, and often, babesiosis goes undiagnosed. Borrelia burgdorferi is the cause of Lyme disease and may promote the transmission of B. microti.

Although B. microti is prevalent across the Midwest, it was absent from Pennsylvania for decades despite the presence of Ixodes scapularis. However, in 2013, B. microti prevalence was found to range from 5.5% in north central Pennsylvania to 3.7% in southeastern Pennsylvania. This prompted a research team – including Kurt Vandegrift from CIDD and led by Hans Liu from Sidney Kimmel Medical College – to explore distribution of B. microti and its corresponding symptoms across Pennsylvania.

The team gathered positive B. microti blood tests from hospitals in the Main Line Health System. Babesia microti incidence increased from 35 cases in 2011 to 80 in 2017 (yet it is likely underreported). The majority of cases appear at hospitals in July from infections contracted from tick bites in May and June when the nymph stage of Ixodes scapularis is present. Most infected individuals were older men, and laboratory results confirmed the infection was characterized by low white blood cell counts, high fever, and often, concurrent Lyme disease (50% of cases). The amount of time it took to diagnose B. microti improved from 8 days pre-2013, to 2 days by 2017. Babesia microti is predicted to spread geographically and cause more infections in humans, especially in the wake of climate change which promotes increased tick survival. Health care providers, public health authorities, and citizens who recreate in tick habitat should be aware of the risks and take appropriate precautions and timely action. Adapted from text: Figure 1. Density of Babesia cases by patient ZIP code of residence, 2008–2017 Hospital 1 is the closest to the City of Philadelphia.