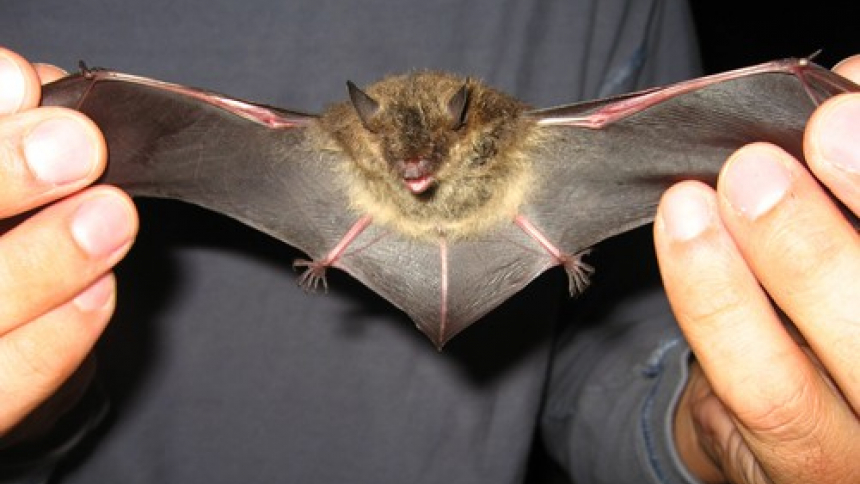 Bats may be a flu virus reservoir

Influenza A virus (IAV) continues to cause great economic losses to the poultry industry and threaten human health at a large scale. IAV outbreaks are exceedingly difficult to predict and manage because of the virus’ genetic variability and wide range of avian and mammalian hosts that produce novel subtypes. Bats comprise ~24% of all mammalian species, occur in nearly every habitat on every continent except Antarctica, and are infamous as natural reservoirs for numerous zoonotic viruses.  Recently, two novel influenza-like viruses were discovered in fruit bats, prompting a more thorough investigation of bats as IAV hosts.

LBB displayed profuse co-expression of both alpha-2,3 and alpha-2,6 receptors in their respiratory tracts and alpha-2,3 in their digestive tracts. This groundbreaking results led the researchers to attempt to bind avian H5N2 virus and human H1N1 virus to bat  and  receptors, respectively, and extensive binding was observed in both experiments.  In conjunction with other recent bat-influenza research, it is believed bats are viable IAV hosts and support co-infection of avian and human IAVs. Bat surveillance is of utmost importance due to the high diversity of bats globally and limited knowledge of IAV in bats.