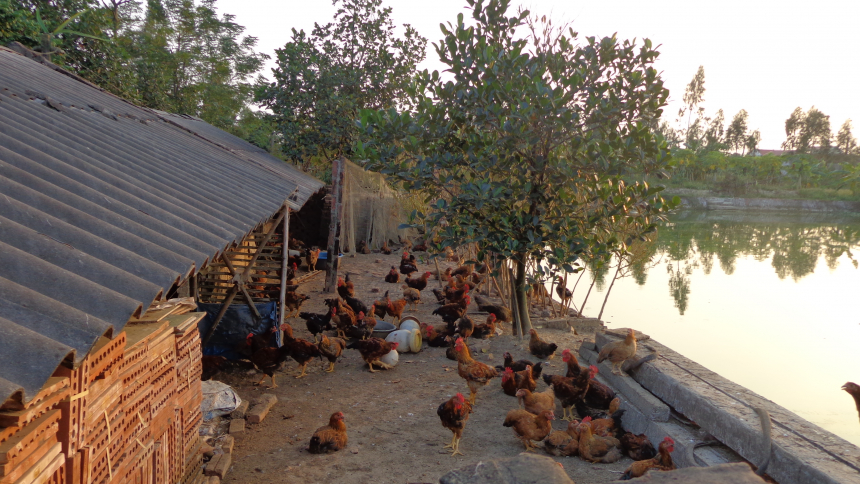 Livestock production systems in low- and middle-income countries are highly vulnerable to epizootic infectious diseases. Examples include African swine fever in pigs, Peste des Petits Ruminants in sheep and goats, or Newcastle disease in poultry. Some of these pathogens are zoonotic and a major threat to public health, as exemplified by the recent emergence of Highly Pathogenic Avian Influenza. The behavioral response of livestock farmers to disease risks are key determinants of the success or failure of diseases control policies.

Game theory is the field of economic sciences studying strategic interactions between actors making rational decisions to maximize a defined utility function. We applied this concept to the problem of management of diseases risks in small-scale poultry farms of low-middle income countries where farmers typically have to choose between three management approaches: doing nothing (status quo), preventing (in our case with vaccination) and depopulating their farms when an outbreak occurs by selling the infected batches. The propagation of the disease between poultry farms was modelled. Two transmission pathways were considered, a proximity-based transmission directly from in-farm infected to in-farm susceptible poultry flocks and a trade-based transmission from infected flocks sold in trade networks to susceptible flocks kept in farms.

According to our decision model, livestock farmers depopulate their farm in case of infection when the revenue loss due to infection is high – either because of pathogen virulence or because of penalties enforced by government policies – and when the risk of subsequent infections is low. By computing strategic equilibria (also called “Nash equilibria”) we show that an increased revenue loss due to infection ultimately leads to disease eradication – in case of low trade-based transmission – or to an increased level of disease incidence – in case of high trade-based transmission.

Figure. Schematic representation of the epidemiological model (left) and evolution of the fore of infection with varying level of revenue loss due to infection (cost of disease infection) (right). Strategic interactions can lead to substantially different Nash equilibria according to the level of disease transmission through trade.