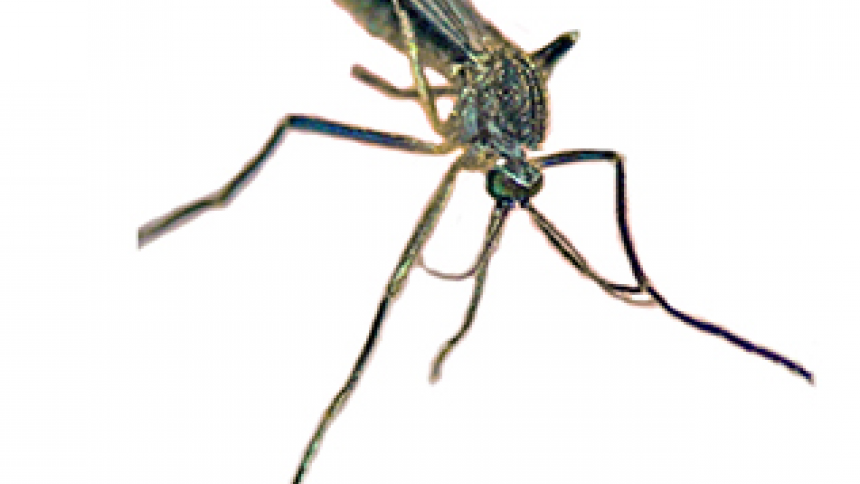 Unprecedented outbreak of Eastern Equine Encephalitis in 2019: what we know, what we don’t and how to move forward.

This year, the United States experienced an unprecedented outbreak of Eastern Equine Encephalitis virus (EEEv) induced encephalitic disease in humans. On average, seven cases of human Eastern Equine Encephalitis (EEE) occur annually. EEE is thus not typically a top priority for public health in the United States. However, as of December 3, the CDC reports thirty-seven confirmed human cases of encephalitic disease, fifteen of which resulted in fatalities. A five-fold increase in human cases warrants investigation. There are control strategies and methods for individuals to reduce exposure risk, but how do we identify the specific factors that contributed to this year’s outbreak?

The EEEv is not transmissible from or between humans. Instead, EEEv is maintained in a transmission cycle involving Culiseta melanura mosquitoes and avian hosts found in hardwood freshwater swamps. C. melanura only feed on birds and therefore do not transmit EEE to humans. Aedes, Coquillettidia, and Culex mosquitoes that feed on both birds and mammals can transmit the virus to mammalian hosts. When these mosquitoes feed on infected avian hosts, they may contract the infection and transmit the virus upon feeding on mammalian hosts. Mammals infected with the EEEv are dead-end hosts and do not contribute to EEEv transmission

There is no treatment for EEE, however suspected cases should immediately receive medical attention. Diagnosis is based on patient history and confirmed with a laboratory test of cerebrospinal fluid. In confirmed cases supportive treatment; managing cerebral edema and mitigate seizures, should be provided to prevent herniation and further brain injury.

Thirty-three of the thirty-seven human cases of EEE this year occurred in four distinct clusters of congruent counties. These clusters, circled in red on the map below, were located in Southwest Michigan, New Jersey, Massachusetts, and one spanning Connecticut, Rhode Island and Massachusetts. Each cluster contains freshwater hardwood swamp habitats, and spans regions of relatively high population density. This makes sense in terms of risk exposure but does not help explain this year’s outbreak. According to Dr. Mary Stobierski, a public health veterinarian for the state of Michigan and manager of emerging, zoonotic infectious diseases novel activities, economic, recreational or otherwise likely don’t explain the outbreak. “Why this year? Why EEE? These are the million-dollar questions” she replies when asked why other arboviruses did not also see a spike in cases this year. Right now, interest, attention and funding for EEE simply aren’t sufficient to acquire the knowledge necessary to fully understand this disease specifically. Methods for better understanding would rely heavily on GIS type mapping of human activity, settlements and hardwood swamp habitats. Additionally, meteorological data and projections, along with bird migration times and patterns would also bolster predictive understanding. For those who are concerned, or in high exposure risk areas – fear not. Despite a limited epidemiological understanding, prevention methods are well understood. Time spent outdoors in or around Hardwood Swamps is the greatest contributor to exposure risk. Thus, avoiding those habitats is the most effective way to reduce exposure risk. It is unlikely however, that a disease as rare as EEE will keep locals indoors or deter those that use these spaces to recreate (e.g horse shows, camping, fishing, etc.). To reduce risk when in EEE territory it is recommended that people apply DEET containing insect repellent, wear long sleeves to limit skin exposure and avoid spending time outside between dusk and dawn - when mosquitoes may be more active. Additionally, residents in high exposure-risk areas should; maintain/install window and door screens, empty all potential containers of stagnant water (where mosquitoes lay eggs) around their property, and install nets of fans around outdoor eating sites. Larger scale anthropogenic factors are almost certainly at play and are probably international in scope. Climate change, specifically longer, warmer summers and increased rainfall are also associated with increased severity of annual EEE outbreaks.

Global health aims to be preventative but unfortunately often ends up reacting to unseen events, issues or changes. This is the nature of science. Hopefully this year’s outbreak of EEE in humans has raised enough attention for more resources to be committed to understanding the EEEv and preventing future outbreaks of this magnitude.