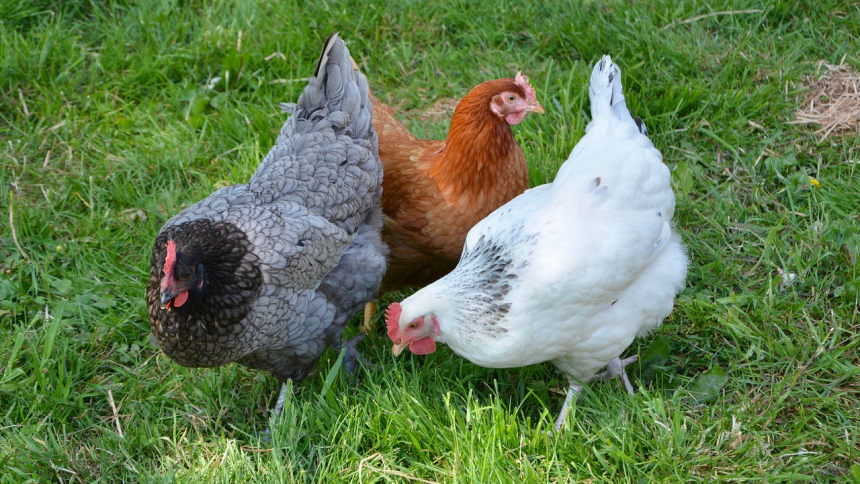 Newcastle disease virus (NDV) is an important pathogen impacting poultry flocks worldwide. Once introduced, NDV causes highly mortality in flocks (up to 100%) and massive economic losses. NDV greatly impacts smallholder farmers in low and middle income countries, where the majority of poultry is raised in backyard settings. To improve poultry productivity in these settings and the livelihoods of smallholder farmers, it is crucial to better understand the natural susceptibility of the innate immune responses in various poultry breeds so that susceptibility can be reduced through selective breeding strategies.

PSU researchers Megan Schilling, Sahar Memari, Meredith Cavanugh, Robab Katani, Jessica Radzio-Basu, and Vivek Kapur investigated the transcriptional responses of innate immune genes in inbred Fayoumi and Leghorn chickens to identify the mechanisms that contribute to previously documented differences in NDV susceptibility between these breeds. The Fayoumi breed, which originated in Egypt, has been reported to have reduced susceptibility to NDV as compared to the Leghorn breed, of European origin, which is a common breed used in commercial farming today. Instead of using hatched chickens, the team made use of the chicken embryo model developed by Schilling et al 2018.

This research provides valuable insights into possible genetic markers for susceptibility to NDV which could be used to improve poultry production through selective breeding strategies, both in smallholder and commercial settings. This study also provided insight into the under-investigated innate immune response to NDV in the chick embryo and the results support recent literature that have identified a set of core conserved genes in the immune responses to NDV. In the future, the innate immune response to NDV will need to be investigated in outbred poultry lines and embryo model results should be linked with susceptibility studies in hatched chickens to develop a better picture of the spectrum of NDV susceptibility across poultry lines.