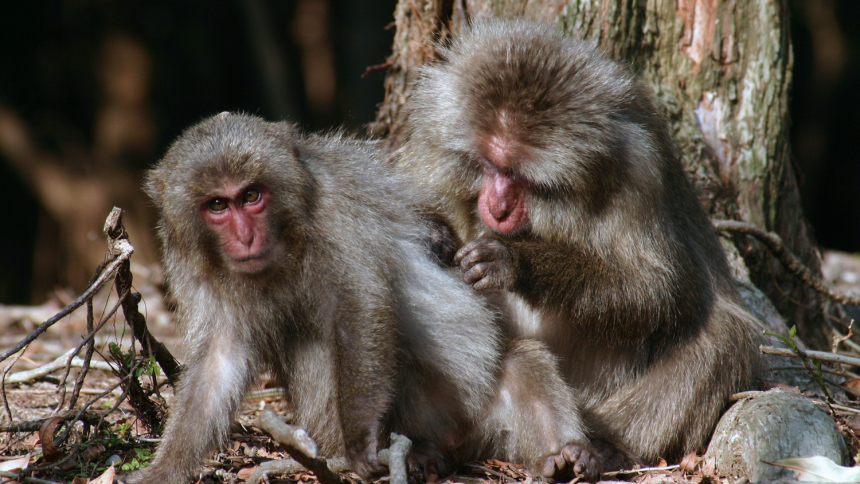 Monkeys in the middle: Parasite transmission through primate social networks

Primates are some of the most social species in the animal kingdom. While sociality has many benefits, social behaviors may increase the vulnerability of hosts to parasites. Grooming is important to the maintenance of social relationships and can promote hygiene but it could also promote the transmission of parasites between hosts. Moreover, if social status is associated with the immuno-compromising effects of stress, sociality could increase the susceptibility of some individuals to disease. In a paper published in PLoS One, an international team led by CIDD researcher Alex Hernandez and Andrew MacIntosh at Kyoto University's Primate Research Institute explores how grooming and social status affect individual susceptibility and exposure to three gastro-intestinal parasites in a group of wild Japanese macaques.

Using field observations of grooming behavior, the team established the rank of each individual monkey and their position in a network of grooming interactions. Laboratory analysis of fecal samples established the levels of a stress-related hormone and the parasite diversity in each monkey. Analyzing these data in the context of the grooming network and social hierarchy revealed that parasite burden was positively correlated with rank. High-ranking females had greater numbers and a more diverse community of parasites than lower-ranked individuals. In the case of one parasite species, high-ranking females also shed more parasite eggs, suggesting a potentially important role for these individuals in parasite transmission.

The authors propose that the correlation between rank and parasite parameters is driven by the position of high rank females in the grooming network. High rank females, being at the center of both the ‘giving’ and ‘receiving’ grooming networks, were more likely to interact with a greater number of different individuals than monkeys of lower ranks. As they interact with more individuals, these high-ranking females are more likely to be exposed to parasites. In turn, high rank females become key hosts or even ‘superspreaders’ in the transmission of parasites. Since high rank females were less stressed than other monkeys, stress-induced susceptibility can be rejected as an explanation for the observations, though genetic factors were not excluded. This work highlights the hitherto underappreciated importance of receiving grooming in determining parasite exposure and implies that there may be a cost associated with grooming behavior that could impose a constraint on the evolution of sociality in the primate order.