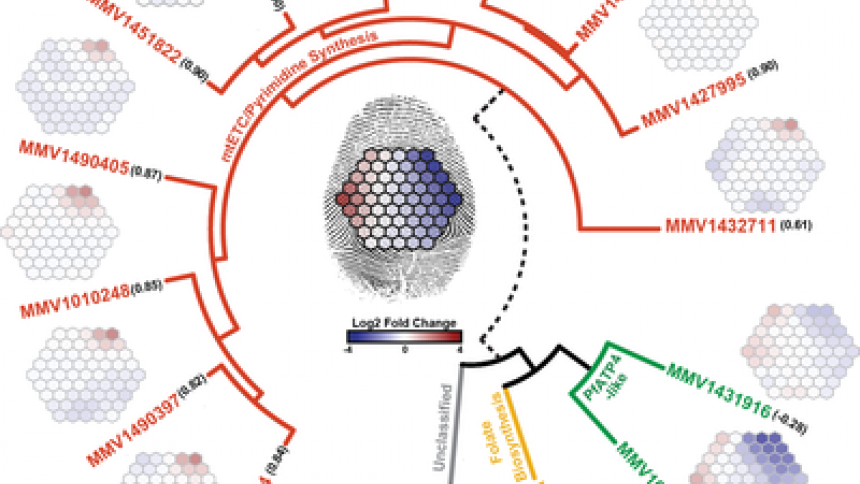 Malaria is a febrile disease that resulted in 435,000 deaths and 219 million estimated cases in 2017 according to a recent World Health Organization Report. Plasmodium parasites cause malaria in humans and in other species, with five species responsible for causing malaria in humans. Unfortunately, in many parts of the world where malaria is endemic, Plasmodium parasites are developing resistance to commonly used malarial treatments. Furthermore, the additional development of insecticide resistance in these regions increases the risk for malarial infection as the mosquito species that vector the Plasmodium parasites develop resistance to commonly used insecticides. In an effort to combat antimalarial drug resistance, two Penn State researchers- Manuel Llinás and Edward Owen, were part of an international collaborative study in which over 500,000 compounds were screened for new drug candidates with antimalarial activity.

The objective of the study was to find compounds that targeted the parasites at an earlier developmental stage than the currently available antimalarials. Current antimalarial drugs typically target the parasite after it has progressed to the symptomatic blood stage of its life cycle. This study sought to find chemoprotective compounds that target the parasite when it is still in the liver, before replication and transfer to the bloodstream. Targeting liver stage parasites reduces the parasite load that needs to be treated and also makes drug resistance less likely as there are fewer parasites at this stage and consequently a lower likelihood of mutations arising that could confer drug resistance to the parasites.

This study was broken down into three screening phases. The first used the parasite Plasmodium berghei that only causes malaria in rodents. Using a recently developed Pbluc luciferase assay, rodent malaria parasites were used to screen compounds for antimalarial activity when plated on hepatic cell lines. Sporozoites, the parasite stage infecting the liver, were dissected from lab-infected Anopheles mosquitoes and added to a hepatoma cell line that had been previously incubated with the compounds under study. After reconfirmation, generation of dose-response curves, and additional data analyses a group of 631 compounds that showed efficacy in the first phase were chosen for further screening against the human malarial parasites P. vivax in hepatocytes and P. falciparum in its blood stages. Compounds that showed high toxicity to P. falciparum parasites (blood stages) were further tested for their mechanisms of action using a mass spectrometry-based metabolomics method developed in the Llinás lab at PSU. A high proportion of those tested showed inhibition of the mitochondrial electron transport pathway. Several showed inhibition of new pathways not previously targeted in currently available antimalarials, showing promise for the development of antimalarial drugs that target parasite pathways that have not yet developed drug resistance.

An exciting potential outcome of this work is that antimalarial drugs that target the liver stage of the parasite may serve as a less expensive alternative to vaccine strategies since they act as a chemoprotective compound that attacks the parasite in its early stages in the liver. A chemoprotective antimalarial drug could also provide protection against multiple species of the malaria parasite compared to conventional vaccines that are typically species- or strain-specific. The study provides open-access to the compounds discovered to have antimalarial activity in an effort to speed up drug discovery and further malaria eradication efforts.