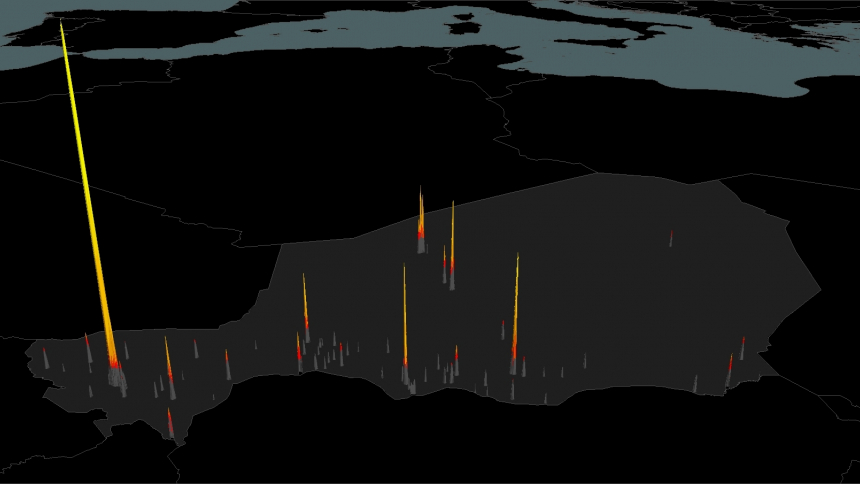 Measles is one of the most highly contagious diseases and one of the leading causes of vaccine-preventable death in children worldwide. Though there is an effective vaccine, this viral disease is still circulating worldwide, killing an estimated 164,000 people in 2008 alone. Its severity and prevalence highlight the importance of understanding measles disease dynamics in an effort to better prevent future outbreaks.

In this collaborative study between Princeton, University of Florida and Penn State researchers, scientists used satellite images to capture nighttime brightness as a measure of population density in three cities within Niger. By measuring the nighttime lights over the span of 4 years, these scientists, who include CIDD professor Matthew Ferrari, were able to study measles epidemics and how they correspond to population fluctuations. Overall, they found that measles cases strongly correlate to an increase in population density, which can have important implications for disease control and aid strategies as population density can be monitored and preventative measures, such as mass vaccination strategies, can be administered accordingly. Additionally, this study demonstrated the applicability of using nighttime satellite images assessing light to measure population movement in regions that have previously been difficult to study.