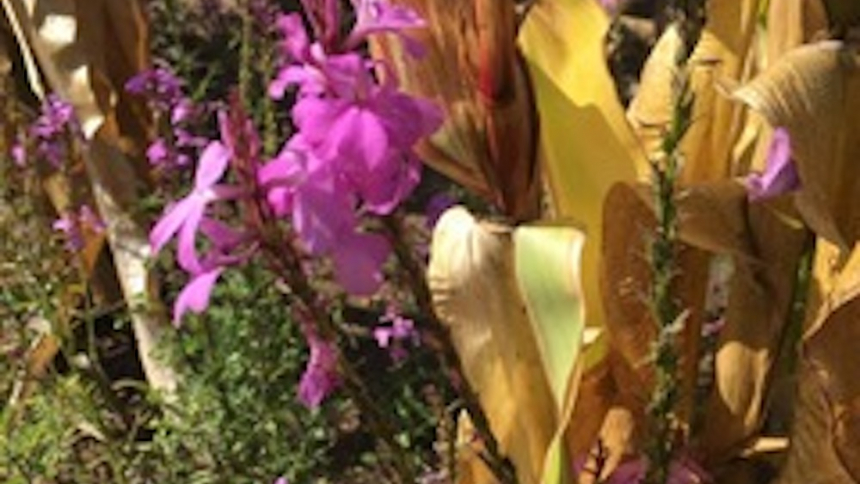 The interaction between species living in the same community determine many of their ecological and evolutionary processes. Within the realm of biotic interactions that we can observe in nature, host-parasite relationship is one of the strongest due to the dependence of parasites on their hosts and the high virulence of many parasites. For parasite species that infect multiple host species (i.e. generalists) these intimate interactions are challenging due to the wide variety of hosts physiologies they may encounter. However, some generalist parasites have successfully overcome this limitation and can very effectively parasite multiple hosts. A great example of the latter is the obligated root hemiparasite purple witchweed [Striga hermonthica (Delile) Benth]. This plant has been described as the perfect example of how “looks can be deceiving”. Its above ground part displays beautiful, and harmless-looking, dainty purple flowers while, below ground, this nasty parasite penetrates the tissues of its hosts with a nutrient-absorbing outgrowth called haustorium. Because of the preference that S. hermonthica has for crop species as sorghum [Sorghum bicolor (L.) Moech], maize [Zea mays L.] and pearl millet [Pennisetum glaucum (l.) R. Br.] in Sub-Saharan Africa and its high virulence (farmers have reported up to 80% yield loss leading to annual crop loss of billions of dollars), finding a way to control it has become a top priority. However, such task has proven challenging since weeding aboveground is not an efficient crop-loss mitigation strategy and mature plants produce a myriad of easily-dispersed, long-lived, tiny seeds that stay dormant until they detect a suitable host.

In our attempts to control this pest, it would be beneficial to have a better understanding of the molecular basis of host-specific interactions in natural S. hermonthica populations. However, the dynamic and complex nature of variation of those interactions hinders their characterization. Prior efforts aimed at characterizing host-specific responses of S. hermonthica have been limited by the lack of functional genomic data (Unachukwu et al. 2017; Welsh and Mohamed 2011). Transcriptomics under lab-controlled conditions have been studied across developmental stages and tissues on a single host (Yang et al. 2015; Parasitic Plant Genome Project). However, no study has yet examined the transcriptomic profile of this parasite across hosts in natural populations. With that in mind, we examined variation in gene expression and differences in allelic frequency in expressed genes of aboveground tissues from natural populations of S. hermonthica parasitizing sorghum and maize in western Nigeria. Our results revealed that despite high gene flow between S. hermonthica populations there are transcripts specifically associated with each host. Specifically, our results highlighted the role that nutrient transporters have in host–parasite interactions and the probable importance of gene regulation in aboveground organs in the specificity of the parasitic process. Parasite genotypes that are not removed by selection during early developmental stages (i.e., germination and haustorial connection) can be selected later by pressures that the host, as an environment, imposes on the parasite. Besides, several defense- and pathogenesis- related genes together with plant hormone-response genes showed host-specificity, supporting the idea that pathways involved in plant defense/pathogenesis and hormone response can be used by the parasite during the parasitic process. Overall, our work pointed out that signals of host-specific processes in S. hermonthica can be detected aboveground, expanding the focus of host–parasite interactions beyond the haustorial connection.