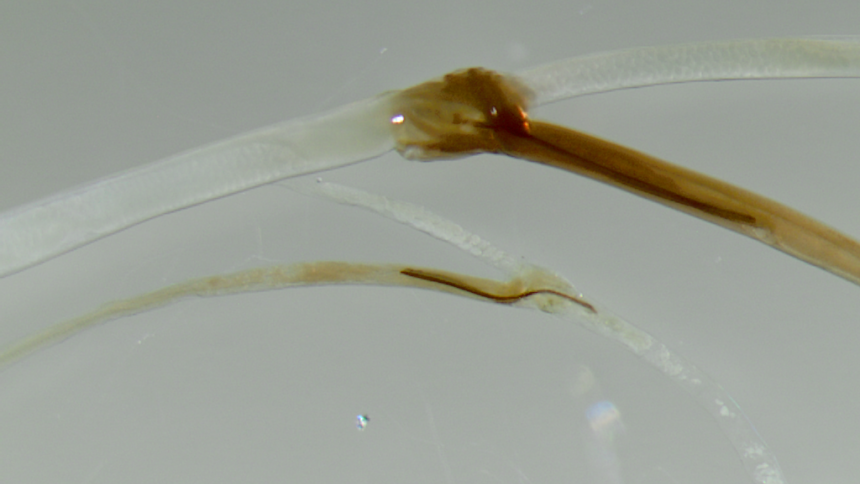 Heterogeneities in host susceptibility and transmissibility are crucial to parasite dynamics, outbreaks, and evolution. These heterogeneities often arise from interactions between parasites, host, and external perturbations (e.g., drug treatments). External perturbations are common in host-parasite systems, but our understanding of how this impacts parasite abundance and traits, such as fecundity, is lacking. To tackle this, CIDD researchers Isabella Cattadori and Matthew Ferrari teamed up with Ashutosh Pathak, formerly Research Associate in Cattadori’s lab and currently at University of Georgia, to conduct a series of lab experiments and examine the results.

Cattadori, Pathak, and Ferrari used European rabbit hosts to quantify parasite traits and host immune responses to different perturbations: infection with one or two helminth species (Trichostrongylus retortaeformis and/or Graphidium strigosum) and anthelmintic treatments. Animals were trickle-dosed with the parasites on a weekly basis to mimic realistic infections, and animals were treated halfway through the experiments with anthelmintic drugs. Infected and control rabbits were sampled incrementally throughout the experiments, and the investigators measured parasite abundance, number of parasite eggs, parasite body length, as well as rabbit cytokine levels and antibody responses.

This study provides evidence that T. retortaeformis initiates immune memory which limits parasite fitness, in contrast G. strigosum was unaffected by host immune responses. More generally, Cattadori et al. showed that perturbations caused by reinfections after anthelmintic treatments and heterologous infections mainly impacted parasite traits rather than abundance, and this was more pronounced under stronger immune constraints. Relationships among specific immune responses and parasite infections were complex, and differed between single and dual infections, exposing the difficulties in understanding infection dynamics and host health in natural systems. Thus, the impact of immune control on parasites is neither additive (response to two parasites is not simply the sum of the individual responses) nor is it strictly quantitative (immunity affects both parasite life history characteristics and numbers). In the future, more research should focus on elucidating how these complex interactions influence onward transmission from host-to-host.