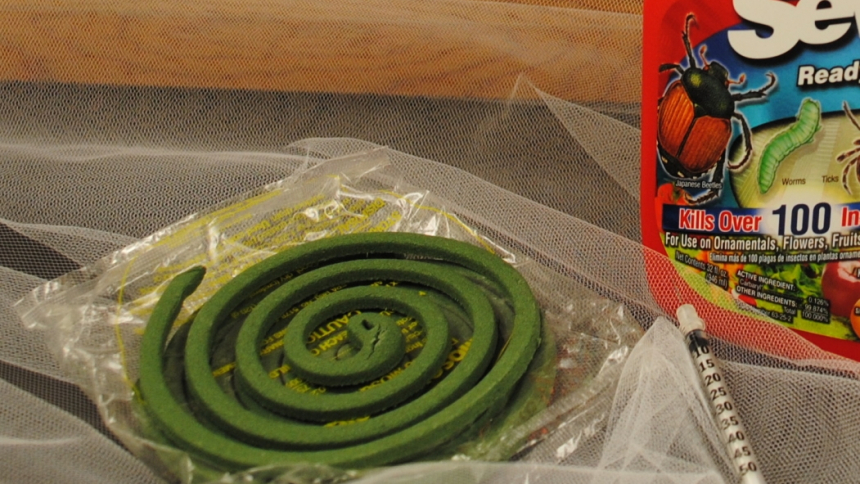 Malaria is a parasitic disease transmitted by mosquitoes that is common in tropical countries of the world and most prevalent in Africa, where 20% of childhood deaths are attributed to this disease. With approximately half of the world's population at risk of contracting malaria, this infection results in about 250 million cases and one million deaths worldwide each year, making it a significant global public health initiative. In an effort to prevent the spread of malaria, mosquito control technologies have been developed and include bed nets, personal repellents, screens, and pesticides. Notably, these methods can only curb malaria transmission with regular use and it is therefore imperative that the preferences of users are taken into account regarding the development of future technologies and the implementation of those that are currently available.

Penn State CIDD Professors Rachel Smith and Jill L. Findeis, as well as post-doctoral researcher Vicki Barclay, conducted a study in Mozambique to determine malaria technology preferences among 271 individuals from five rural villages. Individuals in each of the villages were surveyed to determine mosquito control method preferences and to analyze the probability that a group with specific preferences would avoid technologies for reasons such as cost, smell, and potential side effects, to name a few. They found that users' preferences varied, and that people could be categorized into four different classes (or groups) based on these preferences. The majority of individuals would not avoid a particular method of mosquito control for any of the reasons asked in the survey, whereas the rest of the individuals surveyed fell into one of three groups: those that were likely to avoid a technology if they would still be bitten by mosquitoes, those who avoid a technology due to by-products such as potential side effects, odor or heat, and those likely to avoid using one malaria product over another for multiple reasons. These results indicate that the use of multiple mosquito control strategies may be more effective. The incorporation of user preferences may lead to better adherence to these technologies and therefore better malaria control. Statistically significant covariates included literacy, self-efficacy, willingness to try new technologies, and perceived seriousness of malaria for the household.

Overall, by determining the technologies favored by particular communities as well as the specific reasons for these preferences, future mosquito control measures can be developed with the consideration of end-users in mind. Ultimately, the goal is to develop and distribute technologies that will not only be effective at preventing malaria transmission, but that will also be more widely used among the people in these high malaria transmission regions.