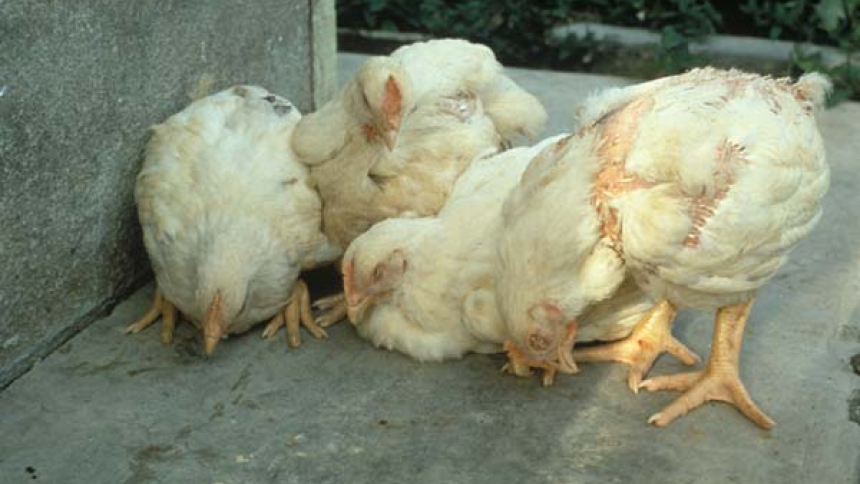 Newcastle disease virus (NDV) is a zoonotic virus that causes high levels of morbidity and mortality in birds, and as such can have a large economic impact on poultry production in low- and middle-income countries where this virus is endemic. There is no treatment for this disease, but outbreaks may be prevented by vaccinating poultry flocks. NDV vaccination is uncommon or ineffective in the endemic countries’ backyard poultry farms, because of inadequacy in proper vaccine storage and failure to adopt by farmers for cost or access reasons. The genetic variation within backyard poultry flocks in endemic countries is largely driven by natural selection, and since these chickens survive with exposure to this endemic disease with little to no veterinary care, the investigators speculated may harbor important genes associated with resistance to common pathogens such as NDV.

The factors that contribute to the observed differences in levels of susceptibility to NDV between breeds has not yet been fully characterized.  To fill this knowledge gap, a team of researchers from Penn State University and the Nelson Mandela African Institution of Science and Technology in Tanzania investigated the differences in viral load and transcriptional response to NDV infection between backyard ecotypes and highly inbred lines. The team was led by Megan Schilling, a recent graduate of Vivek Kapur’s lab at Penn State University.

Schilling, et al. assessed differences in viral load between chick embryos from different outbred Tanzanian ecotypes and inbred breeds, as well as the transcriptional responses of innate immune genes to the virus infection. This research revealed remarkable differences in the innate immune gene expression patterns in susceptible and resistant ecotypes, such as the pro-inflammatory cytokine CCL4 being differentially expressed in susceptible lines or NOS2 being differentially expressed in resistant lines.

This research begins to identify genetic markers for reduced NDV susceptibility, opening the door for improved breeding strategies for low- and middle-income farm flocks to select for, or against, specific markers. Future studies will focus on further characterizing the innate immune response to NDV infection in chickens.