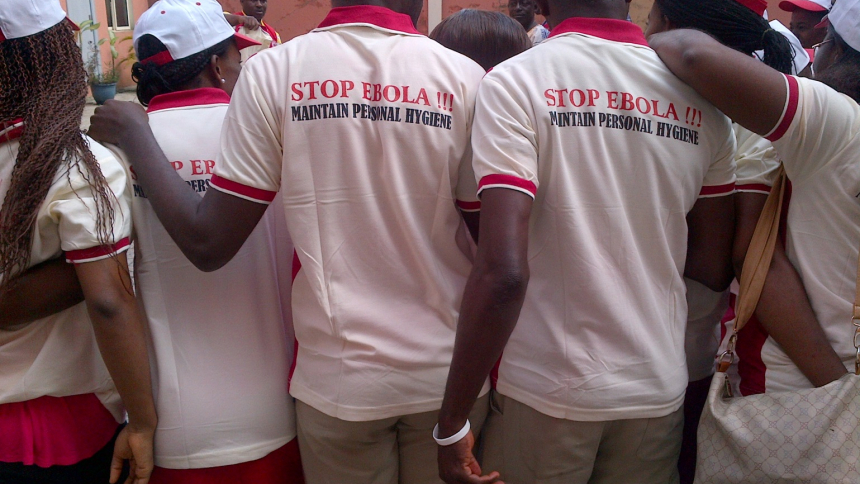 A new approach to information gathering could allow scientists to quickly identify the most effective way to manage a disease outbreak, an advance that could save lives. Developed by an international team of researchers led by Penn State scientists using insights from the 2014 Ebola outbreak, the method pinpoints critical pieces of missing information required to improve management decisions during an outbreak. A paper describing the approach appears the week of May 15, 2017, in the journal Proceedings of the National Academy of Sciences.

"When a disease outbreak happens, there is a lot of information that you just don’t know: who will get sick, how will the disease spread, what will make things worse or better? But you still have to act," said Katriona Shea, Alumni Professor of Biology at Penn State and senior author of the study. "Our approach allows us to make better decisions about how to manage an outbreak in the face of uncertainty, saving lives."

The new method provides a way to prioritize information gathering by applying a "value of information" analysis -- a method used in economics and wildlife management to identify critical questions that need to be answered in order to improve decisions.

"Our approach synthesizes data from many models and provides two important pieces of information," said Shou-Li Li, postdoctoral researcher at Penn State and first author of the paper. "It identifies the best course of action, given what we know now, and highlights the gaps in our knowledge that actually matter to the selection of intervention strategies."

Because the approach can be used in real time as understanding of the outbreak evolves and as new models to understand outbreak dynamics are created, the researchers believe it can streamline the decision-making process for policymakers. "It could guide the management of outbreaks where rapid decision-making is critical, including diseases we know a lot about, like influenza, those that we don’t know a lot about, like Zika, and those that we don’t yet know exist," Shea said.

Uncertainty about the Ebola outbreak in 2014 led to widely differing predictions of how many people would contract the virus, with estimates ranging from a few thousand to over a million cases. "The difference between the projections and the actual size of the 2014 Ebola outbreak caused intense public debate," said Li. "But rather than focusing on how big the outbreak would be, our study focused on what to do to keep it small."

The study revealed key pieces of missing information that were more important than the number of cases for selecting the best course of action to manage the outbreak. "Although the number of cases may be important for determining management strategies for other outbreaks, that was not really the case with Ebola," said Shea. "For Ebola, it turns out that the models didn’t disagree as much as everyone thought they did. Despite huge disagreement over the number of cases, the models used to make these predictions overwhelmingly agreed on the best course of action to slow the outbreak."

"Obviously it’s going to help the outcome for individual patients to have better quality of care," said Shea, "but it might not stop the outbreak. Ultimately, we focused on what you should do to stop the outbreak as effectively as possible. Our method provides a way to pin down what you need to learn about first."

"Responding to a fast-moving disease threat such as an Ebola outbreak means having to make decisions with less-than-perfect information," said Sam Scheiner, a program director in the National Science Foundation’s Division of Environmental Biology, which funded the research. "This study provides a new, important tool for decision-makers in such situations."