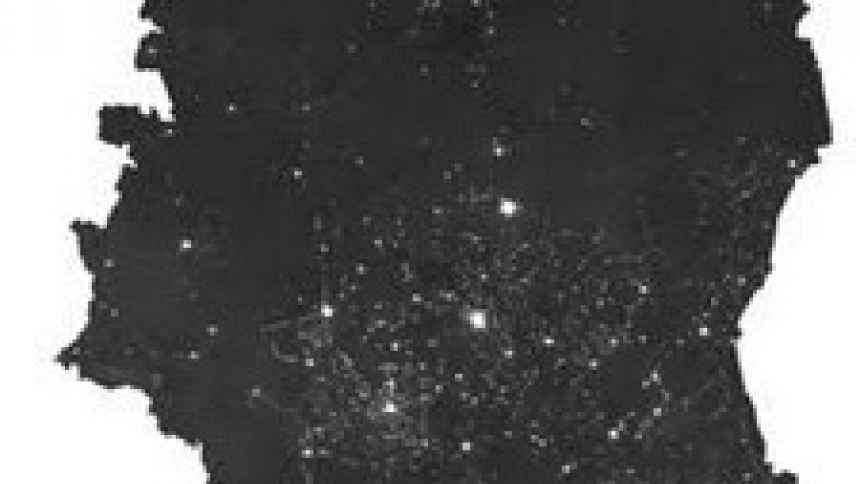 Measuring population movement during a crisis with cell-phones and satellites

Displacement and movement of populations can have large effects on health, including disease transmission and availability of medical services. Understanding movement patterns during a natural disaster or political crisis can both inform humanitarian aid efforts and can guide rebuilding efforts at the conflict’s resolution. Sizes of displaced populations have previously been studied using labor intensive and limited sampling strategies including surveys and camp registration data from internally displaced persons. CIDD researcher Nita Bharti has created an alternative using two remote data sources: satellite imagery and cell-phone records.

In a recent paper published in International Health, Bharti and colleagues combined information provided by mobile phone call detail records (CDRs) and satellite nightlight imagery to measure average population sizes and population movement during a period of political conflict in Côte d’lvoire.  Each data stream (CDRs or satellite nightlight imagery) has its own pitfalls: CDRs often do not span national boundaries, have only existed for a short time, and are owned by private companies that may not want to grant data access to outside parties, while satellite images are sensitive to environmental conditions including light contamination and cloud obstruction and don’t perform optimally in low-lit or very brightly lit areas, like industrialized cities.  Additionally, both data streams are biased by wealth and are sensitive to power outages that can occur during natural disasters and crises.

Applying the two complementary approaches to the period of political turmoil in Côte d’lvoire helped researchers to overcome the limitations of each and provided measurements of average long-term population presence and population movements in this area.  In this study, researchers saw that both phone and satellite methods measured stable human presence similarly and that wealth biases both data sources.  Additionally, long term populaiton redistribution patterns over the two-year period of the conflict, gained from composite satellite images, showed a clustered decrease in brightness (indicating a population source) in the center of the country, while the northern and western parts showed increases in brightness (indicating population sinks). Short term redistribution patterns, assessed from five months of detailed CDRs following the conflict, showed a different spatial pattern over the two-year period of the conflict.

Lastly, researchers determined that satellite image brightness levels of two Liberian counties that border Côte d’lvoire increased at the same time that refugees were recorded as having crossed the border and decreased to pre-instability levels more rapidly than UN records report.  Overall, this research illustrates the utility of combining two remote data streams as proxies for human movement during a crisis.  The results were published in the March issue of International Health and can be accessed here.